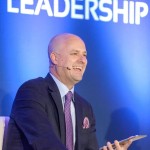 Danny Court is part of a group of economists focused on economic forecasting and how that plays into real estate. For multifamily, Elliot D. Pollack & Company is more involved with the planning and development part of things – scoping out sites, navigating regulatory or political issues, helping with zoning conflicts. They’ll get involved in government if necessary.

(2:10) – Court’s team has found that the economy is recovering very well, which he attributes to vaccinations. There’s a lot of pent-up demand, and plenty of people who kept their jobs and built up income but didn’t have anywhere to spend it. Overall, there’s a great outlook for the next few years.

“We didn’t have a real recession,” explained Court. “There was a recession, we lost a lot of jobs, but this was not because of the economy, it was a government-induced shutdown for Covid-related pandemic reasons. The economy was in really good shape at the start of 2020 and had to forcibly shut down, and so again, we had those dynamics, no imbalances in the economy going into it, and now everybody just sort of waiting until they can fully recover and recover all those jobs. So there’s lots of pent-up demand, lots of money waiting to be deployed.”

(4:30) – So how do you know when the economy is in good shape? Objective data sources, and a wide variety of them, will help you get a good feel for what an accurate consensus is. In multifamily, real estate focuses on local markets.

(5:40) – Inflation is a concern right now. Short-term, we’re seeing the highest numbers to have come forth in a while. There is some hope that will subside, but Court says it’s an important indicator to keep an eye on, since it affects interest rates. Inflation matters for downside risk, even though all other indicators have been quite positive.

You can track inflation through the CPI or the Fed. The number is publicly available and published frequently.

“There’s an overall inflation that adds some more volatile products in there, and then sometimes they’ll strip that out and say, ‘Here’s base inflation’ and things like that.”

(7:45) – It’s also a good idea to keep an eye on jobs numbers. Right now, the unemployment rate is misleading. As long as jobs are growing, we should be good.

That’s tracked through a survey.

(10:15) – Some real estate sectors are in a flux. Brick and mortar retail and physical office space are the prime examples.

“The rule of thumb used to be 250 square feet per employee, private offices, things like that. Then it started trending down toward closer to 115 square feet per employee. That’s an open office concept,” said Court. “This pendulum has swung to, ‘Go ahead, if you’ve got an internet connection and we’ve got our database in the cloud and our files in the cloud, you can fully work at home.’ We’ve now come to understand that technology has caught up. A Zoom meeting can take the place of a physical meeting. It can also take the place of business travel.”

Court thinks at least a portion of that shift will remain permanent. Many companies are offering the option to work at home as a benefit.

(14:07) – Overall, there’s a labor shortage right now. Companies might start thinking outside the box to remedy that, but a lot of things in the new era come down to cost savings. The data around personal preference that is starting to come out will also be interesting – some people want to work from home, others want to socialize in an office.

Patrick Antrim, CEO of Multifamily Leadership compares those potential benefits to apartments that have on-site property management teams. The offer of a place to live along with where you work is a draw for some employees, the same way a company offering to pay for internet for those who work from home might be a draw.

Key Indicators for the Economy in Your Area

(17:20) – Employment growth and population growth are hugely important to pay attention to for your specific location of interest.

“This goes back to the local market issue,” said Court. “We can show national statistics, but if you’re making an apartment decision and an investment decision in a local market, it doesn’t necessarily extrapolate all the different local markets. Certainly, as you’re homing in – looking at the broader economic indicators and then homing in on the markets that would be the most advantageous for multifamily investing.”

Phoenix is one of the hottest real estate markets in the nation right now. About 15 years ago, there was a problem of oversupply in the Phoenix housing market. Now, they’re massively undersupplied. There’s a continual march upward, sometimes up to 30%.

“All the dynamics point to continued undersupply, which affects those prices. It does attract development, but we need more of it,” said Court.

(19:58) – Metrics surrounding affordability are also important to track. Pay attention to income distribution based on geography.

For example, Phoenix has always been known as a comparatively affordable place to live, but it’s losing ground in that factor. That’s why it’s important to look at comparisons for all housing options – single family and multifamily.

Elliott D. Pollack and Company monitored income distribution to find out what sort of home someone could afford. In 2020, a person in Phoenix making $65,000 a year could afford to buy a median-priced house, which was $350,000. Now, that person would have to be making $70,000 a year to buy that same house, because the median price is now $400,000. If interest rates start to rise, affecting your mortgage rates, you’re priced out even still.

“If housing is not an option for them in that market now, they’re going to possibly be looking at rent if you have a housing solution for them that’s affordable to them. Those are some of the dynamics we’re watching on the affordability side: how many people are there at each income level and can they afford these different housing options,” said Court.

If someone was initially considering buying a home, the specific type of multifamily home they’d be looking for might be different from someone who always planned to rent.

(23:10) – Court looks at supply and demand dynamics. Here’s the site, here’s the people surrounding it, here’s the likely pool of tenants, here are the growth prospects in that market, here’s the amount people there are making, here’s the percentage of likely renters, and here’s what else is in the pipeline for both single and multifamily products. This all keeps in mind what tenants want in order to determine achievable rents.

(24:42) – “The perfect site could be ruined by just an anti-apartment sentiment in that particular city,” said Court. “There might just be a predisposed stigma about apartments from something they’ve heard at some point in time. I think data can help alleviate that to some point, or at least challenge assumptions.”

A classic example, Court says, would be for crime being reported at a particular property address level.

“There’s no consideration that 1200 people live at this one address, where four people live at this single-family address. When you normalize it for population, there was less crime for the apartment communities than there were just generally. That’s another place where data can come in to challenge an assumption – ‘I know you’ve heard this, and maybe it sounds right to you, that for some reason criminals like to live in apartments or something, but it’s not the case.’”

(29:19) – Antrim points out that at a certain point, it’s impossible to make apartments more affordable on their own. The amenities and smart features people want cost money. Elliott D. Pollack and Company has an objective, unbiased approach to help show why the investment is worth it.

It’s also sometimes difficult to convince cities to rezone for residential development. Court says that can be done by demonstrating with data that housing a workforce is necessary or that retail demand has already been met in that area, or that residential planning would be beneficial to sales tax revenue for the city.

“You can’t plan on having these big community and retail centers every few miles. It’s just not happening anymore. Do you have struggling retail today? What do you think would help struggling retail? Consumers.”

Elliott D. Pollack and Company also provides economic impact figures, showing how much each resident could contribute to property and sales taxes. That amount of money is more impactful than retail development in some cases.

(34:00) – When thinking about secondary markets, local market analyses can be a great benefit. If an area isn’t getting much attention, is there an actual reason for that, or is it because it’s a smaller market that genuinely has a higher risk? A lot of areas have lots of renters who happen to be renting single-family homes; those people might benefit from amenities at apartments.

Granted, if you’re moving into an area that doesn’t already have an apartment complex, it’s harder to gauge the possibility of success. Likewise, if people have left an area because it isn’t affordable, how do you bring them back in?

(37:30) – There’s a theory or rumor that people are leaving the suburbs in favor of more dense, urban areas. Surveys from Elliott D. Pollack and Company show that isn’t true, and that long-term, Millennials want to move to the suburbs if they’re able. The delay is largely due to the fact that Millennials are having children later in life and so they’re staying comfortably in apartments longer.

It’s also important to consider what Baby Boomers will want for their housing after they retire. Do they sell their homes and move into a rental community? Or did they age in place? There’s likely to be a large population shift within the next decade.

“It’s interesting to see the different product types within built-to-rent also coming out. There are townhome projects that are all built to rent. There are some that you can drive into and you do not know it’s a built-to-rent communities. It just looks like single family homes,” said Court. “It is changing the market. And, back to the affordability issue, if I don’t have to stay for that down payment…if you apply Americans’ household savings rate and apply how much you down payment you’d need to save to get to that – it was projecting 6-10 years to save up for that initial down payment, and it’s a moving target if housing prices are continuing to rise.”

Built-to-rent is perfect for people who can afford a mortgage but not a down payment.